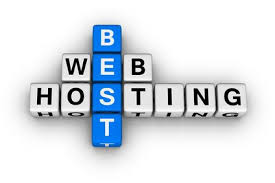 Meaning Hosting easy is to store data. Hosted by the server to upload data available via the Internet by the data is that the data on your website, where user can visit the website hosted on a server.

Web Hosting (web hosting) in Thailand now has many more likely than 4, xxx revenue compete to see. Some even allow loss Undercut competitors Finally, it can not survive there. There are some investments that do not cost a few thousand a month, a few thousand. Some players take it easy The ordinary PC into a machine server (especially college students to earn extra money) spent a few months and have some heat harddisk crash that hangs over me. I do not know why there are so many problems with hosting up to qualifying. The service issues Both technical Need to answer customer problems, which sometimes are not involved in web hosting, it is especially the website. Many of you often come across this problem. It is the customer always comes first. We fight for life and all hope is to retain customers to be with us as long as possible.

For the services of the company a variety depending on the customer's needs and budget are currently available are as follows. 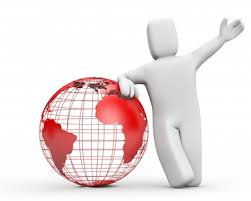 VPS is the median rent server is the server first and then split off from it. Using the principles of the VM is server machine, I will divide the VPS is at most about 10 VPS because the OS it runs on to the division 1, but if it's Hosting common, it is a system that is installed on the server. Power To distinguish each user accessing the server or on the same OS.

The differences of the user to use it if it is able to handle Hosting is not just in their own file system. But could not manage a server or a VPS system, but if the tenant can check the various systems. The servers are all the same as servers of their own.

Virtual Private Server is a virtual server Or as a server The simulated Divided Server 1 into VPS small multiple Each VPS separately divided CPU, Memory, Disk according Limit set and split system login as well as working within a strictly the VPS itself. One of the harder it is "rarely" to read the work of others or VPS either by hacking through the VPS was no security to another VPS on the server.

The use of the word is not because it is based on the technology of the VPS to adopt some form of CPU is divided Limit strictly But technology VPS Some might stir up some like openvz to set minimum guaranteed CPU's. VPS but let it burst, etc. depending on the provider is marketed by the numbers tell you. Thus, in some cases, the VPS can oversell it (selling more than a real resource).

Is to rent the entire server to use and customizable to meet the needs of the users themselves can use All Resources Whether the CPU, Memory, Disk and Network connected to the unit. If a piece of equipment problems. The system will be stopped down until the replacement and recovery is complete, which may take 2-3 hour to several hours. Moreover, the Backup (backup), there is a huge need for a server. So it can be restored if necessary.

Cloud is not a new technology The only technology on the market seriously. In general, the cost of the office market in recent years, the Cloud is a collaboration of many servers. Stratified by the processor from the storage layer. And may be charged a monthly fee. Or think, according to the real time.

Layer processing (Computing layer - CPU, Memory) is a collaboration of multiple servers. Although there is any damage, it will not affect the server to the client applications. The system will switch processing to another server automatically. Processing of web users will work in this class. This will divide the resources CPU, Memory, according to the number of options and available resources, with the explicit Cloud Firewall protection system has many of the people out of the deliberation.

Floor storage (Storage layer) was a collaboration of storage SAN (Storage Area Network) or on some systems may utilize the functionality of Distributed Storage Storage Layer in this class, which will be stable and high speed. And must have Activate-Active or Active-Standby. To use the book as soon as the failure of the main storage unit should have a SAN at least two of which have the same data (Replicate) all of the user data is stored on the floor.

The high-speed local area networks as a link between the processing. Storage and shelf To ensure that you get instant information at any time.

Cloud-thin to support the expansion or contraction automatically for the virtual server. Or web client on the increase or decrease as scheduled.

There is also a Cloud that can extend the functionality of the system to use the Resources beyond the scope of any single machine by adding CPU, Memory's all coming together. And the services required as well.

Cloud system is higher than the cost of others. No one can Overselling (for more resources, including a) the unit cost is higher than other services, so with these Cloud making the Web or virtual server users without interruption. Unlike conventional web hosting or server. If the jam damage the device. It will stop working without replacement system.

To understand the differences of the various services it comes time for you to select the service that best fits your needs and budget.

- Choose a Dedicated server if you want to use all the resources of the server. System Backup and managed well to return to work as soon as possible in the event of equipment malfunction. Generally, Dedicated server is a high speed. And especially working with disks often faster because Cloud Disk trapped inside the server directly. However, Disk-based system of the machine with a speed as compared to the SAN Disk kind used in the Cloud will vary uncertainty.

- Select the VPS (Virtual Private Server) without the need to use the resources of both the VPS server is the most cost-effective choice. The security and stability close to the Dedicated server, but the speed of reading, writing, data may be lower because each VPS server is written in the same Disk appliance.

- Choose the Cloud, if there is sufficient budget and want the most comfortable Cloud services is likely to be damaged devices simultaneously. All until the system is not functioning very low production due to stratification Compute and Storage apart in case the user must write badly. May have read-write speed of Disk not as fast as the Dedicated server.

Every system has its pros and cons, and costs vary. When you notice these differences. This article may help you make your decision easier and more appropriate services.

The multiple servers to be used as a virtual machine. The crash is still viable. There is no information on all the machines break down. However, it is far more likely to break all virtually no guarantees that no data is lost. It ruined all the computing time, they spread out to all the calculations, and then returned to the display as well. When I make the load a lot of data. Not suitable for small web With a lot of information The advantage is that it does not require processing from the client to the server, but the performance is primarily a game console, it is to not have to upgrade the efficiency of one another.

The cloud is an advertising technology really. It is a snapshot of the system. From the app, service to the system.